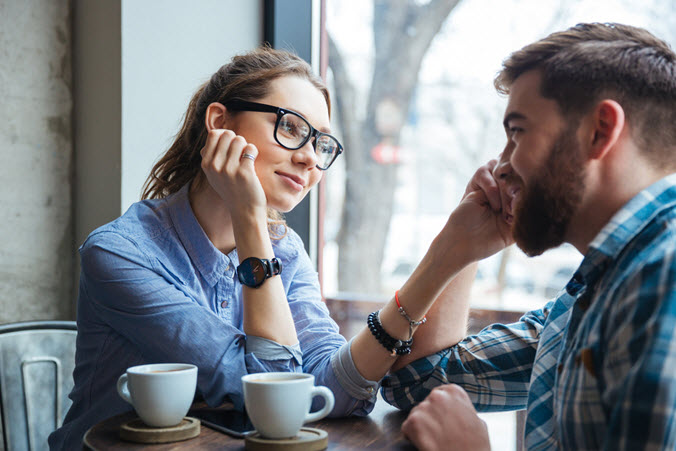 Drinking and dating. It’s a pairing that’s almost as synonymous as peanut butter and jam.

Whether you’ve been sober for a while or have just quit drinking, the thought of dating can seem daunting. Think about it: dating culture heavily revolves around alcohol. “Grabbing a drink sometime” has become the go-to date option. That isn’t to say you can’t have a great dating life while sober. It’s just a matter of approach and perspective.

Having only been on the other side of the equation — on dates with people who don’t drink — I’ve spoken to a few of my sober friends for insight. If you’re dating while sober, here’s a few tips to keep in mind.

If you don’t drink, be upfront about it. Sometimes the best way to avoid any potential awkwardness on the first date is to either mention it in your profile in a fun, lighthearted way (“Into: Parks and Rec, guacamole & adventures. Not into: booze, bars & bros”) or in your initial messages with a prospective date. Example: a good friend of mine is sober and when we first started hanging out, she messaged me and said, “FYI, I don’t drink but I still love to have fun” — and she was right.

Yay! They’re asking you out. Boo! They want to go for a drink. This is the perfect moment to take the reigns and let the other person know where you stand. You don’t have to get into a long explanation as to why you don’t drink. Instead, just say something like, “that sounds awesome! I’m not really into bars, but there’s this place I know that has killer desserts/coffee/curry etc.” If someone is thrown off by your disinterest in drinking, they’re not the right person for you anyways.

Decide what exactly you feel comfortable with when it comes to dating and booze, and respect those boundaries you set for yourself. For example, maybe you only want to date other sober people (if that’s the case, mention it in your profile!) or perhaps, dating someone who drinks isn’t that big a deal for you. Keep in mind that there’s a huge difference between someone who enjoys a glass of pinot noir with dinner and someone who considers tequila shots and keg stands an appropriate Wednesday morning activity.

Everyone has different, often complex reasons as to why they don’t drink. Just because you’re interacting with someone online doesn’t mean that they’re entitled to your life story. If you don’t feel like getting into the reasons why you don’t drink, just don’t. Stick to the strategies above. You can share your reasons if/when you feel you can trust them. Don’t feel like you need to apologize for or explain your sobriety. It’s your choice – simple as that.

The friend who I mentioned above says she used to use her sobriety as a litmus test when she met potential partners (she’s now happily engaged). If the guy thought it was weird that she didn’t drink or made a big deal about her sobriety, she knew that he wasn’t the right person for her. If someone has an issue with your sobriety, that says more about them than it does about you.