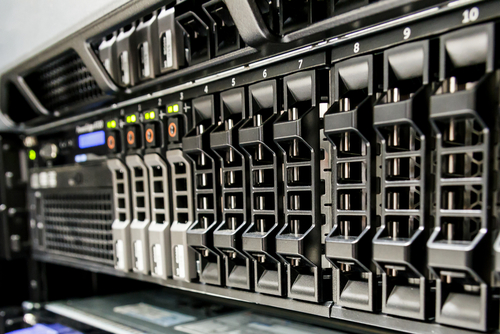 You’ve probably answered “A while back!” to at least one of those questions, haven’t you?

Well, right now we would like to remind you about one of the wonders that keep your pages up and you, the browser, informed – 24 hours a day and 7 days a week: a server farm.

Basically, a server farm is a data center but on a much grander scale. In fact, you can safely consider a server farm to be a collection of data centers. These servers are owned and maintained by an organization that then provides data storage services to clients – usually the “biggies” in the tech world who need (and can afford) such immense data spaces and speeds.

These server farms usually consist of several thousands of computers and need an immense amount of electric power to keep them up and running and at an optimal temperature for the best performance levels. In other words, they are very sensitive to outside environmental factors and, hence, expensive to run.

Well, now that we have defined what a server farm is, let us move on to the fun part of this technological giant and see some fun facts:

But quite surprisingly – and perhaps arguably too (since some companies and government agencies won’t be too happy about bragging about their server capacities) – evidence points to the fact that a comparatively little-known company (a good example of a typical “Who cares who does what in the background?” scenario) runs the world’s biggest server farm: Switch with SUPERNAP campus in Las Vegas.

The tech-company’s campus is spread over more than 1.4 million sq. ft. out of which 400,000 sq. ft. alone is covered by one set of high-density racks of servers. This farm is also the home to over 120 cloud service providers (2015 est.) and managed hosting service providers. To make it a little clearer: it is the hosting provider… for some of the world’s leading hosting providers and other major IT companies.

And yet, this is just one of three similar data centers on the immense Switch campus.

Well, you won’t be able to do that on the bigger companies’ server farms… they would just be too big.

Take for example Facebook’s data center in North Carolina. The company’s premises where they keep their servers to the world – everyone that is online is sure to have or have had an account – are so immense that the centers’ staff doesn’t get around it on foot.

First they had Xootr kick scooters and when those didn’t prove to be as effective as required they were supplemented with an additional fleet of electric golf carts.

To paint a better mental image, the campus is sprawled over 160 acres, houses two major data centers (as well as three smaller ones) and has buildings that are a quarter of a mile long (that is the equivalent of lining three of the largest thrift stores or hypermarkets – think of the biggest ones – end-to-end).

Well, if they are to have their way, they are prepping to make money out of the data-driven global economy by offering their craftsmanship, stability, neutrality and confidentiality to the e-world.

Just like their famous banking stratagem, Swiss data companies are coming together under Vigiswiss to create a brand for quality and a guarantee of their data storage service.

Who knows? Maybe one day they will be the owners of the world’s largest server farm(s) and the keepers of all our data.

An alternative solution would be to go green and use either solar energy (in the desert) or build the farm in a place that is cold (in the vicinity of the north and south parts of the planet) and all it would take to cool the servers would be to open a window.

And that’s exactly what the guys at Facebook did – in 2011, they came up with a plan to build a server farm in Sweden, right on the Arctic Circle and where it would be really cold. Today, Luleå, Sweden is home to the highest-located (most north-found) server farm – that is publicly known of, that is. An added advantage is the fact that the country has cheap renewable energy, and especially in that location.