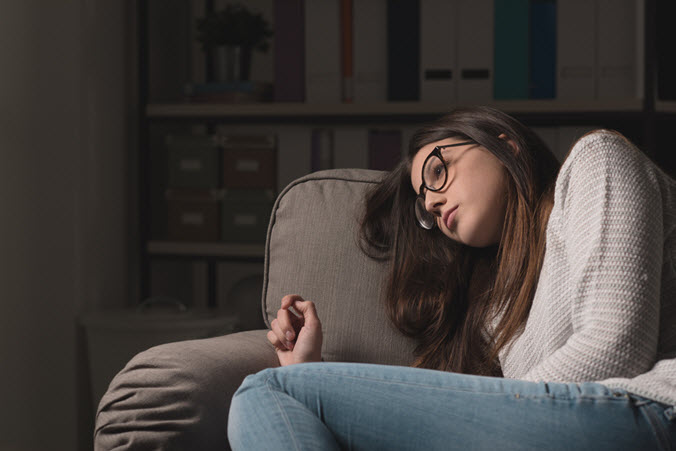 First of all, I should preface this by saying that there’s absolutely nothing wrong with being single. I personally have been happily single for long stretches of time. However, I like to think that there’s such a thing as “good single” (when you’re out there living and loving life on your own terms) and “bad single” (you’ve defaulted to hibernation mode and are stuck in a serious rut where it seems easier to be alone than make an effort to leave your couch).

So, how do you know which kind of single you are? Here are a few painfully obvious signs that you’ve definitely been single too long.

Animals are amazing. They keep us company, lift our spirits and show us love when we need it. However, if you’re spending more time with your pets than actual humans, it might be time to switch things up. Clear signs that you may be heading to crazy pet person town: your favorite date night outfit is completely covered in pet fur without a link brush in sight and you’ve just signed up for Amazon Prime so it’s easier to order costumes for your cat.

2. You have more excuses than social engagements.

As life coach Rianne Mason points out, “there is absolutely nobody on this planet that doesn’t have time to meet new people! If you are often coming up with strange and downright fake excuses to avoid going on a date, you’ve been single for too long. No, the fact that your mom’s cousin’s best friend is in town doesn’t count as a valid excuse to avoid a date.”

However, being single isn’t just about dating. If you find you’re making excuses to avoid any kind of social interaction (including spending time with friends – both new and old), you’re likely in a serious rut. People need people, end of story. Even if you’ve been single for what feels like forever, make sure that you’re still reaching out to your support network of friends and acquaintances.

It’s no secret that when you look good, you feel good. If your personal grooming habits have “relaxed” to the point where you’ve got braidable leg hair or your lack of shaving is causing people to mistake you for a member of a ZZ Top cover band, this could be a sign that you’ve been single for way too long.

4. Your most meaningful relationships are with characters on your favorite Netflix and Hulu shows.

You can name every single character on BoJack Horseman and are intimately familiar with all of the relationship ups and downs on The Affair, and yet you can’t remember the last time you had a date.

As Mason shares, “it’s perfectly normal to have a night in now and then. However, if the last time you went out for a dinner and a cocktail was over a few months ago, you’ve been single for too long. Ben & Jerry should not be your Friday night plans – yes, we’re talking about the ice cream. You can’t expect to meet new people by sitting at home and binge-watching Netflix all evening.”

Sure, dating is scary and it’s easier to live vicariously through Ted Mosby than leave the house, but if the characters of This Is Us are starting to feel like your actual family, it might be time to switch things up.

We all know when we’ve been single too long. Whether it’s a scream or merely a whisper that’s telling you to put yourself out there again — listen to it. With summer around the corner, it’s the perfect time to trim those metaphorical bushes and meet new people.