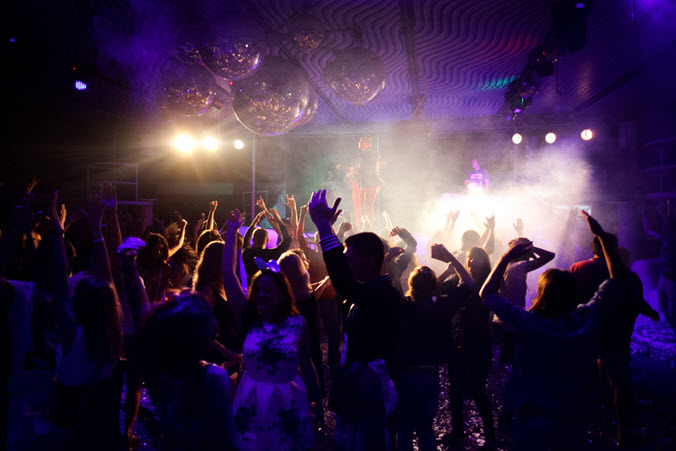 Another week, another trendy dating term to add to our collective dating lexicon.  Enter,“Gatsby-ing” — a phenomenon that many of us can probably relate to.

Coined by model Matilda Dods in a piece for TomBoyBeauty.com, Gatsby-ing is when you create lavish social media posts in hopes that your crush will see them.

The term was inspired by Jay Gatsby from the Great Gatsby who threw over-the-top parties to attract the attention of his love, Daisy. Gatsby-ing for millennials involves a similar kind of peacocking, however, instead of luxurious, extravagant champagne-fuelled soirees hosted at a mansion on Long Island, it all goes down on Instagram stories.

As Dods writes, “Why, instead of just sending a text to the boy that I like, am I throwing the equivalent of a champagne-soaked, chandelier swinging, Charleston dancing party on my Instagram story?” she wrote. “All for that ceaseless green light across the water that is the attention of a boy who, let’s be real, probably isn’t good enough for me anyway?”

Unlike other more harmful dating trends like Ghosting, Breadcrumbing, Caspering or Orbiting, there’s nothing particularly nefarious about Gatsbying. All you’re doing is living your best life. In fact, the only person you’re bound to hurt is yourself once you receive the bill for all of that Veuve Clicquot.

So, why bother Gatsby-ing at all? Well for starters, dating makes us all feel vulnerable and Gatsby-ing helps alleviate that. Posting an elaborate social media story is a way to put yourself out there without really putting yourself out there. If you don’t explicitly state what you want from them, but send out all the cues that you’re awesome (#livingmybestlife), they can’t reject you. Hey, you might even attract the attention of another suitor.

However, herein lies the problem. The easiest and most straightforward way to get what you want is to be direct. Here are a few reasons why Gatsby-ing is not the way to go:

You can’t expect people to be social media detectives. Not everyone engages in social media in the same way or extent. They may see the post, like it and move on. I know from experience and from discussing this with male friends, that guys don’t always read into things the same way some women do. It’s one hundred times more effective to just text the person and let them know that you’re interested in getting to know them better than waiting around until they figure it out on their own.

Like when they see you living the good life and make the assumption that you’re too busy guzzling bubbly to grab a craft beer with them sometime at a local dive bar. Plus, there’s a fine line between living well and documenting it on social media, and specifically creating content on social media to flaunt how well you’re doing. The latter connotes insecurity.

Seriously. Just do it. Life is so short. All the time spent creating sophisticated thirst traps on IG could be time invested in getting to know someone in person. They might not even be worth it or they might be awesome. You’ll never know if you don’t step out from behind your phone.