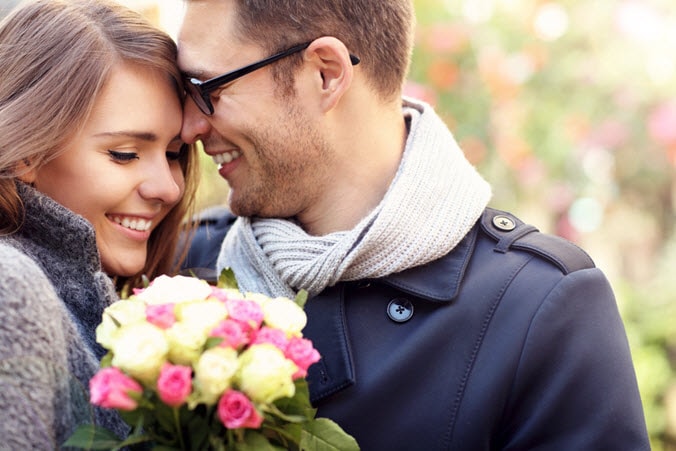 The first time I dated someone who was substantially older than me I was in my early twenties and they were in their early thirties. Although I’d later come to understand that there were glaring differences (partly due the decade between us), at the time I remember thinking that it didn’t feel like that big a deal. We were into each other, so what was the big deal? However, my ex saw things differently. He couldn’t get over the age difference and was always back peddling on the relationship; breaking up with me only to ask for me back later.

Now that I’m the same age that my ex was when I dated him, I can see his point. I’m not sure I would feel 100% dating someone who was ten years younger than me. With that said, going older (i.e. dating someone in their forties when I’m in my thirties) doesn’t seem that weird at all. In fact, since I want a partner who is mature and settled in their life, it actually makes perfect sense.

Sometimes age gaps matter and sometimes they don’t. Apparently, I’m the only one who feels this way. Dating app Jaumo asked 365,000 of its users in 25 countries all over the world and found that similar age is not that important.

Women in Brazil, however, see that very differently: 63% want their partner to be of a similar age. In Italy, a partner’s age matters more to women than men. Only one in three women is open to a relationship with an age gap, while two in three men say that is fine with them.

Thinking of dating someone who is older or younger than you? Here are a few key things to keep in mind.

While dating someone who is younger than you means that the other person likely has less relationship experience, it also means that they probably have less baggage. If you’ve mostly dated people who were the same age and older (like I have), dating someone who is five or ten years younger can feel utterly refreshing. A younger guy or girl is less jaded and therefore, is okay embracing their romantic side.

Not all baggage is bad baggage.

Yes, dating someone older means that your partner probably has some baggage left over from a previous serious relationship. They might even have children or still co-own property with their ex. However, this isn’t necessarily a bad thing. I’d rather date someone who has been in a serious relationship that didn’t work out and learned a bunch from the experience, than someone who has never learned those lessons. At the end of the day we’ve all got baggage of some kind, the important thing is what you do with it.

Your younger date may have no clue that the show Degrassi existed in a pre-Drake universe. Your older beau may be completely flummoxed by the idea of SnapChat. You’re going to have different points of cultural references, whether this makes or breaks your relationship totally depends on the individuals.

If you want to make it work, you can.

Some of my friends who have the best relationships are with age gap partners. So, never say never! While the age gap definitely didn’t help my relationship with my ex, the real reason we didn’t work out was that we just weren’t right for each other AT ALL. At the end of the day, it all depends on the willingness of the two people involved to make a relationship work.