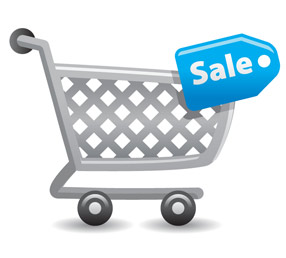 If you thought the holiday shopping season was over, you were wrong. Things are just getting started as people start making exchanges, spending gift cards and searching for post-holiday sales.

Gift cards made up nearly 18% of spending this season, higher than any other year and retailers saw it coming since gift cards were at the top of most people’s wish list .57% of retailers expected an increase in their sales, which means that they can still look forward to those cards being redeemed in the next month or two. Apparently, unlike me, most people actually spend their gift cards within 60 days of receiving them instead of keeping them in a drawer until they get found next July.

On the other hand, as shoppers start seeing December’s credit card debt turn up, it may keep some people at home. November’s credit carding spending was up 7% from last year although numbers aren’t available for December yet. Plenty of people are likely to make thriftiness their New Year’s resolution and retailers will have to put up some really impressive sales to lure shoppers. It’s a great time to keep an eye out for bargains and stock up on items that can be used all year round.

All of these factors contribute to make this a shopping season just as much as it was a month ago and it’s just as easy to get caught up in the moment. Like all things in life, this shopping season comes down to balance.

Gift card purchases feel like free stuff but they make it easy to end up justifying purchases that you would never make otherwise, especially expensive ones that are only partially paid for with gift cards. Post-holiday sales are also a great way to save some money in the long run but be careful to only buy things that you are sure you will use and would have to buy eventually anyway.