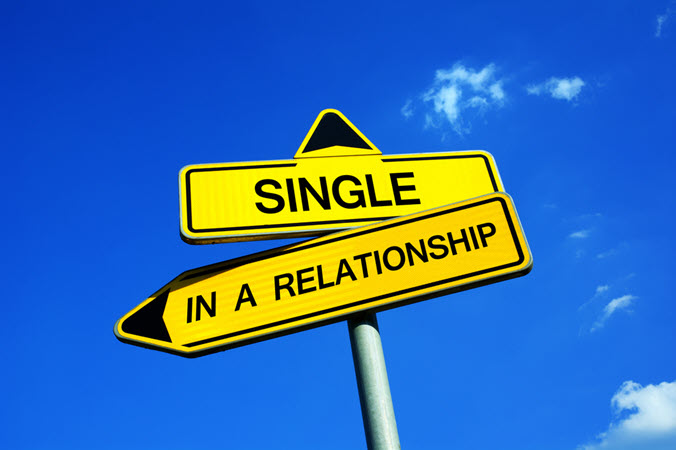 With every relationship, there comes a point where you want to know exactly what’s going on. Maybe it’s after you leave a toothbrush at their house or you realize it’s a given that you’re spending all your weekends together. Whatever the tipping point is for you, there comes a time when you want to give the relationship a label — if only, to make sure you’re both on the same page.

Opening up about your feelings to the person you’re dating can feel a bit scary, but if a relationship is what you really want, here’s why you owe it to yourself to have the DTR (define the relationship) talk.

If you’re investing your time and energy in getting to know someone, at a certain point you deserve to know where you stand with them. Maybe you’re fine with just dating casually and getting to know each other for now (and that’s okay!), but perhaps it’s exclusivity that you’re after. Whatever the relationship status you’re hoping for, you deserve to know the status so you can decide whether this is the right situation for you. For example, if you’ve been dating for eight months and the other person still wants to “play things by ear,” well, it’s better to know this sooner rather than later.

Life seems to be getting increasingly busy and fast paced. If it’s a relationship you’re after, you don’t have time to date someone aimlessly without any idea where it’s going. While having the DTR talk may be awkward, it’s efficient. You deserve to know where the relationship is going so that you can make an informed choice as to whether you want to invest more time and energy in it. Plus, who wants to waste time wondering where someone else is at when you can just ask?

In the past, I dated a lot of people that immediately clammed up at the mere mention of anything commitment related. If you’re going to have a relationship of any kind, good communication is essential. Even if the other person sees your relationship status differently, at least you’ve opened the lines of communication to discuss it further.

Just because someone doesn’t tell you they’re dating other people, doesn’t mean they aren’t. Making assumptions about your relationship by avoiding the DTR talk is likely to lead to a messy fallout. Besides, you deserve clarity on how the other person feels.

Yup. Wondering about your relationship and where it’s going is totally draining. If someone isn’t willing to label what you have, they’re effectively saying they want you to stay in relationship purgatory. Not cool.

If someone wants you in their life, they should be able to communicate how they feel about you. Whether they see you as a casual date or future serious relationship potential, if they respect you, they’ll have the guts to be honest.

If an exclusive relationship is what you truly want, you deserve to be with someone who wants the same thing. If you’re both into each other, giving your relationship a label shouldn’t be a big deal. In fact, they’ll want to shout it off the top of buildings! If the person is making you feel like you’re causing problems or they’re turning your request for clarity into a big deal, then the chances are this person doesn’t deserve the title anyways.