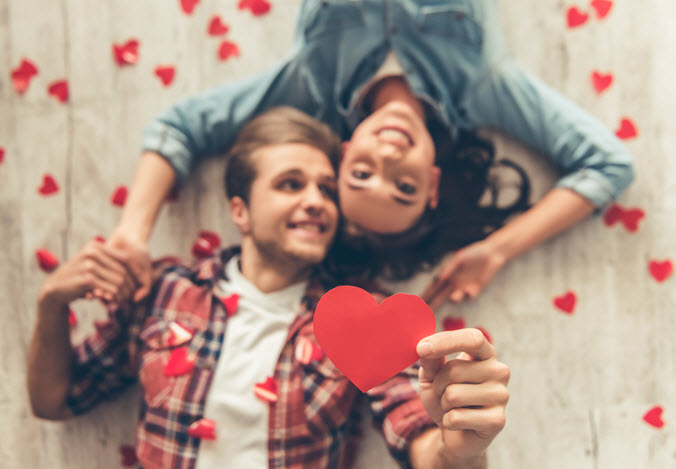 Just when you thought it wasn’t possible for a new dating term to rear its head in 2018, it seems like there’s yet another one to add to the list. Meet “long-gaming.” Spoiler alert: there’s a possibility you might be doing it as we speak.

According to Elite Daily,  long-gaming is “very much something you do to a good friend you’re attracted to, who you know would make a great partner someday, just maybe not right now.” In other words, there might be someone in your life that you have chemistry with, but for whatever reason aren’t dating right now. As they go on to explain, “maybe you’re both just in very different phases of your lives, or maybe they’re just waiting until they’re a little more stable in their future plans before ‘settling down’ with someone. However, if you think you might be a chance you’d want to be with them in the future, “you keep them close and continue to flirt and help them with their Insta captions and pretend to not be a little jealous every time they tell you about a date they went on or someone they’re seeing.” In other words, you long-game them.

Unlike other (more sinister) dating behaviors like ghosting or “breadcrumbing” which involve manipulation, long-gaming is more about timing than anything else. It’s a cooler and sexier way of saying you’re keeping someone on the backburner.  It doesn’t sound that bad, right?

The thing with long-gaming is that there are definite pros and cons. Here’s a few to keep in mind before you long-game your crush.

Bad timing has a way of killing even the sweetest of budding romances. If you know you’re not in the place to be in a relationship right now because you have other things that demand your focus — school, work, family — there’s no harm in long-gaming someone. Not everyone that you have chemistry and enjoy flirting with has to turn into a dating relationship. Enjoy having the other person in your life. If you’re meant to become romantically involved, it will happen at the right time.

It puts your own needs first.

Far too often, when it comes to matters of the heart we put the other person and their needs first. While fun and awesome, dating isn’t everything. You know yourself better than anyone else. If it doesn’t feel like the right time to date someone, it’s probably not the right time. Trust your intuition. As mentioned above, if it’s meant to be, it will be.

There’s nothing wrong with putting a dating connection on hold if the person is already in your life (enjoy that crush on your co-worker/classmate/gym buddy!) However, if you’re online dating and meet someone that you feel you have a connection with, you might want to reconsider your long-game. In the world of online dating and apps, connections move quickly and if you don’t make a move, someone else will likely swoop in and shoot their shot. You’re obviously online for a reason (to meet people), so playing the long-game, in this case, is going to do your more harm than good.

It makes it easy to avoid commitment.

Are you long-gaming them because it’s legitimately not the right time to be dating (for example, you’re currently coworkers) or for another reason — for example to avoid committing? Maybe you’re afraid of being in a relationship or you just like the idea of having a bunch of different people at your fingertips. The key here is to make sure you’re long-gaming for the right reasons and not to mask another issue.

The biggest “con” when it comes to long-gaming is the simple truth that life is short. If you like someone, you’re single, and you want to date them (and it isn’t going to have any extreme negative percussions, for example, getting fired), make it happen. No one can tell you whether you’re ready to be in a relationship except yourself. So, while it’s natural to feel nervous about making the first move, it’s better to try and fail than to live with regret.