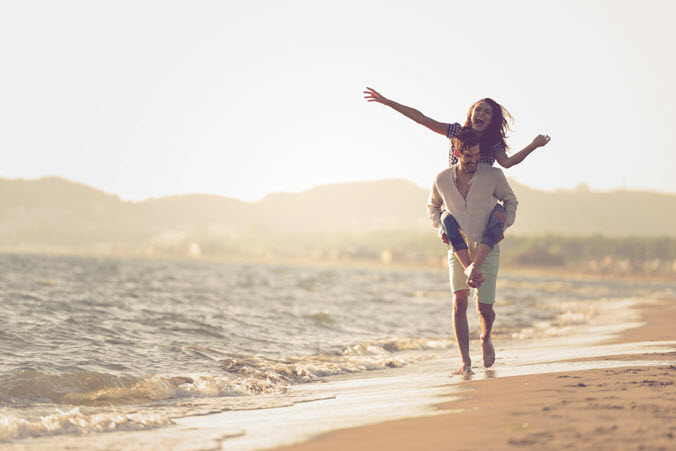 We’ve all heard of cuffing season — that time frame during the Fall and Winter when people who would normally rather be single find themselves wanting to be “cuffed” or coupled up in a relationship. But now that the summer months are upon us, it raises the question — is there a spring/summer version of cuffing season? And if so, what might it look like?

Enter the new term to add to our collective dating lexicon — freckling. A Freckler is someone who dips into your life when the weather’s nice and then vanishes, vamoose, when the chill sets in.

But wait, what’s the difference between having a summer fling and freckling? Well, according to Askmen.com, quite a bit.

“Unlike a summer fling, a passion-filled romance with someone you just met that only lasts for the summer, if you’re getting freckled, it’s often at the hands of someone you already know — or know through friends, or friends of friends,” writes the AskMen.com editors.

Rather than coming out of nowhere and then disappearing forever, a freckler “is happy to come from and then return to the periphery of your life, not staying, but not exactly leaving, either, just going dark for the colder months, potentially cuffed with someone else entirely — though only a fool would be surprised to get a “wyd?” text from them next Memorial Day weekend.”

In other words, like the freckles that start to make their appearance on our bodies come summer only to fade into the distance once the colder weather returns, a “freckler” is fickle by nature. As AskMen.com explains, “Your skin might be clear as day from November through to March, but once you start spending more time in the sun, boom, a star map of little dots constellates across your face, only to fade when fall comes around.”

There are a couple reasons for this. First of all, summer is a time when our senses come alive. People are wearing fewer articles of clothing and romance (or at least, steamy makeouts) is in the air. Online dating data supports this. Dating platform Zoosk combed through data from it’s 40 million users and found that July and August are the second most popular times to meet people online. They also found that women are more likely to sign up for dating sites and respond to messages near the end of the summer (perhaps, because their “freckler” has already bid them adieu).

So, how do you know whether the person you’re dating is the real deal or you’re just being freckled? Unfortunately, there’s no exact science. With that said, someone who is serious about dating you long term will make a point of including you in their life (regardless of the weather or season!)

Have you met any of their close friends or family? Have they invited you to an event that’s taking place a few months in the future (ie. after Labor Day)? Do they set one-on-one plans with you that doesn’t sound like “so, maybe we can hang later after I get back from this thing I’m going to.”

If you’re not able to answer an enthusiastic “yes” to any of these questions (and no “kinda, maybe” doesn’t count) then there’s a chance you might be dealing with a freckler. But don’t fret — freckling relationships can still be a lot of fun. Live in the moment and enjoy the ride. If things don’t end up getting serious by the end of the summer, there’s always cuffing season.

Unlike a summer fling, a passion-filled romance with someone you just met that only lasts for the summer, if you’re getting freckled, it’s often at the hands of someone you already know — or know through friends or friends of friends.

Who hasn’t heard of the infamous summer fling?